Soldiering On To The End

After a heroic six-year struggle, 12560 Bruce Henwood achieves victory for his comrades-in-arms. 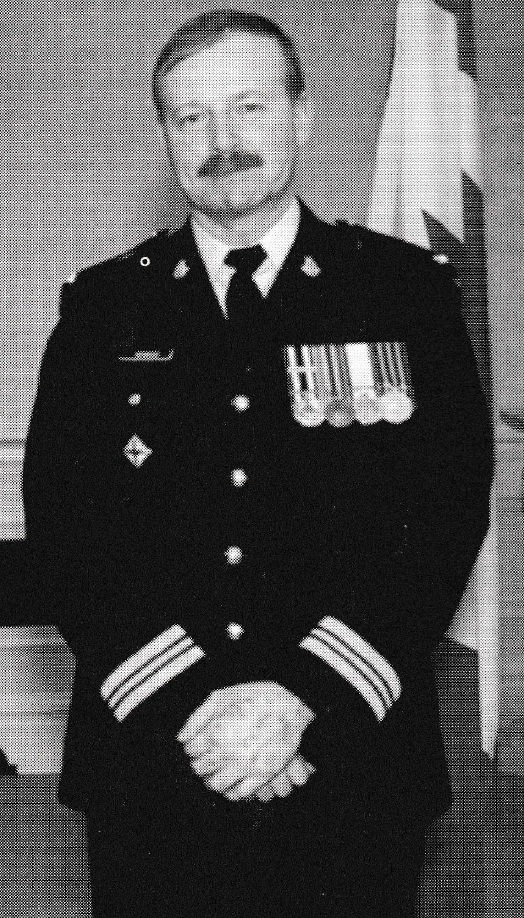 The Minister of National Defence, S139 John McCallum, confirmed to H7543 Senator Joseph Day, at the New Eighteen Dinner on 3 June 2003, something that a great many of us have been to hear for a long, long time. After an exhausting six-year struggle to change the Accidental Dismemberment Benefit (ADB) provisions of the Service Income Security Insurance Plan (SISIP), 12560 Bruce Henwood and other injured soldiers like him will finally be receiving the compensation that they were unjustly denied in the past. The Minister gave Senator Day his word that legislation would soon be introduced within the House of Commons to extend recently announced changes to the ADB provisions of SISIP retroactively, thereby ensuring that military personnel who have suffered grievous, life-altering injuries in the line of duty are properly compensated for their losses.

And true to his word, on 11 June 2003 the Minister tabled Bill C 44 An Act to compensate military members injured during service in the House of Commons. The Bill was passed by the House just two days later – on Friday the 13th, no less. Not only that, but the Bill received Royal Assent on the evening of 19 June 2003, which was Bruce’s 46th birthday! Bill C 44 is particularly significant because it extends payment of ADB retroactively back to 1 October 1972 and DND estimates that as many as 195 former service members may be eligible to make a claim.

The passage of this legislation represents a great victory for Bruce and his supporters, and it marks the end of a long and often difficult quest to rectify a tragic and unforgivable injustice. It is also in many ways a victory for the RMC Club and the Ex Cadets of the three Colleges because it shows what we are capable of accomplishing when we work together as a team to fight for a worthy cause.

Bruce’s quest to reform SISIP captured the attention of the media. One of the most vocal supporters of his cause was Peter Worthington, who served with the PPCLI in Korea and later became the Founding Editor of the Toronto Sun. Beginning in July of 2002 and continuing into the spring of this year, Peter wrote a series of excellent article for the Sun chain of newspapers that outlined the issues Bruce was fighting to challenge.

Another journalist who took a strong interest in Bruce’s case was 14098 Chris Wattie, who wrote several compelling pieces for the National Post. Peter, Chris, and other journalists who covered Bruce’s case were all unanimous in their support for his cause. The media coverage of this affair strongly condemned the inadequacies within SISIP and played an important role in bringing Bruce’s struggle to the attention of the Canadian public and that of senior elected officials.

Bruce was also supported by numerous Ex-Cadets and others associated with RMC who did their best to contribute to his cause in a variety of ways. Noteworthy among these were H22547 LGen (Retd) Charles Belzile, 6873 BGen (Retd) Clive Addy, and 5851 LCol (Retd) Barry Winfield, all of whom were present on 3 February of this year when Bruce testified before the Senate subcommittee On Veterans Affairs. Other Ex-Cadets who offered encouragement and supported included 3528 Gen (Retd) Paul Manson, 4100 Jacques Choquette, 4413 André Lecavalier, 11155 Ron Thompson, 11564 Doug Southen, 14316 Spencer Massie, and 14944 Phil Cowie.

A key contribution to the cause was made by 16461 Ian MacKinnon, who brought Bruce’s case to the personal attention of Minister McCallum at the time he first assumed the Defence portfolio in the summer of 2002. On another front, H15200 the Honourable Gilles Lamontagne, a Second World War RCAF veteran and POW who as MND had signed Bruce’s commissioning scroll when he graduated in 1980, wrote to the CDS to express his concern about the case. Still an ardent supporter of Bruce’s cause was CWO (Retd) Dennis Fournier, who was DSM at the College when Bruce and I entered in 1976, and who later returned to RMC as RSM ten years later.

We are likewise indebted to A119 LCol (Retd) Peter Dawe of the RMC Club, who encouraged us to bring Bruce’s cause to the attention of Ex-Cadets through articles on the Club website and in past issues of Veritas, and who helped to mobilize the support of Club members. And in addition to all of those I have listed above, we must acknowledge the efforts of many of our other friends and former military colleagues who are too numerous to mention by name here, but who nonetheless tirelessly supported our mission.

Minister McCallum is to be commended for his leadership in taking prompt action to implement the reforms to SISIP that Bruce fought very hard for over a period of several years. To his great credit, when Bruce’s case was brought to his attention the Minister took a deep personal interest in it and resolved to take the steps that were necessary to address the problems that Bruce had identified.

And finally, I think we should all take this opportunity to salute Bruce’s wife Judy and their sons Andrew, A.J., and Lance for their courage. Like Bruce, they have suffered through this ordeal with extraordinary patience, and dignity, and they have been his greatest source of support during the many dark days he has endured.

All of us have very vivid memories of our recruit year at the College where we started, and one of mine is the ceremony that took place at the Arch on Remembrance Day in 1976. Our Commandant at the time was 2816 BGen (Retd) William Turner, who retired the following summer, and who was the last World War II to serve as Commandant of RMC. During his remarks to the Cadets at the ceremony, I remember General Turner talking about RMC, and about what it stood for. As young recruits fighting to survive in the unforgiveable atmosphere of the College, at the time perhaps not surprisingly most of us had very little understanding of what General Turner was talking about. Certainly we had no comprehension at all of the trials that had been faced by those Ex-Cadets who had given their lives in the service of Canada.

It’s hard to believe that it has now been nearly 30 years since that ceremony took place, but during the intervening years I’ve thought a lot about General Turner’s words on that day, and I believe I now have a somewhat deeper appreciation of their significance. And when I think about what Bruce has done for his country and his comrades-in-arms, there’s no question in my mind that his integrity, courage, and fortitude exemplify the highest ideals of RMC. He has proven beyond any doubt that he is a very worthy successor to those who went before him. In my mind, he is a real Canadian hero, and the kind of man all of us can be proud to call an Ex-Cadet, and proud to call our friend.