Lingo of No Man’s Land: A World War I Slang Dictionary 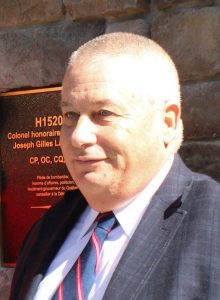 One hundred years ago, the soldiers of the Canadian Corps were mired in the mud and misery of what was then the greatest conflict history had ever seen. As they looked towards the onset of the fall of 1917, the Canadians had recently triumphed at Vimy Ridge and Hill 70, but there was still no end in sight of the war. They could not have known it at the time, but ahead of them that fall lay the agony of Passchendaele and Cambrai; the following year, they would have to struggle through Amiens, Canal du Nord, and repeat engagements at the Somme and Cambrai before the Germans would finally capitulate in November.

By September of 1917, the approximately thirty months that they had spent in Europe had wrought an astonishing transformation of the Canadian Corps. Gone were the naive and somewhat cocky recruits who have eagerly rushed to the colours in the autumn of 1914; in their place were a group determined and battle-hardened warriors who posed a formidable foe for their German adversaries.

As the cover photo of Tim Cook’s seminal history Shock Troops suggests, the Canadian soldier of 1917 from his predecessor just a couple of years earlier. The much despised Ross rifle, a weapon whose shortcomings had cost Sir Sam Hughes his job and countless numbers of young men their lives, had been replaced by the indefatigable and infinitely more reliable Lee Enfield. Canadians now marched into action wearing steel helmets instead of field caps, and wore box respirators that protected them from the ravages of poison gas.

The most important changes, however, stemmed from the Canadians’ remarkable ability to make effective use of the hard-won lessons of the early years of the war, and develop innovative new tactics that they employed with great success. By 1917, the Canadians had become widely-acknowledged experts at trench warfare, and were particularly well-known for skill at conducting night-time raids on enemy positions. Similarly, they had also mastered the art of the creeping barrage, a tactic which they employed with great success in the assault on Vimy Ridge.

For many soldiers, their arrival in the trenches must have been a rude shock, and one which was completely ad odds with the visions of martial glory and service to King and Empire which had been extolled by the recruiters back home. But it was within this world that a unique type of subculture developed that enabled the Canadians to survive amidst the dangers they faced at the hands of the Germans, and the many hardships associated with their primitive living conditions. In Lingo of No Man’s Land, readers are treated to a concise dictionary of the distinctive and at times colourful language that was part and parcel of everyday life in the trenches.

Originally published in 1918, Lingo of No, Man’s Land was authored by Lorenzo N. Smith, an American who enlisted with the Canadian Expeditionary Force in Montreal in early 1915, and who served in France from May of that year until late March 1916. The precise circumstances of his service are unknown, but we may safely presume that he saw some amount of action during his time in France. Similarly little is known about his life after the war, other than the fact that he apparently returned to the United States at some point, where he is recorded as having died in San Diego in 1965,

As the book notes, the Canadian soldier of the Great War enlisted to fight the Army of the Kaiser, known variously “Fritz”, the “Boche” and the “Hun”. While on the front lines, soldiers faced ever-present danger from the  various weapons in the enemy arsenal, including “Bertha” (60-ton German gun), “Silent Susie” (a high explosive shell not heard until it burst),. the “Whiz Bang” (three-inch field artillery shell) and the “Body Snatchers” (snipers), any one of which might result in them being “clicked” (killed). To retaliate, the Canadians relied upon a variety of weapons of their own, ranging from the “Typewriter” (machine gun) to the ingenious “Tickler’s Artillery” (homemade grenade made from recycled jam tin).

For Smith and his comrades, the threat posed by the Germans was just one of many hardships they had to endure while serving in the trenches. Day-to-day life was characterized by the presence of innumerable conditions which, although not life threatening, could nevertheless be enough to almost drive the solders mad at times. A continual source of annoyance was the presence of “cooties” (lice) who would invariably find their way into the crevasses of the soldier’s clothing literally hours after his arrival at the front, and who were seemingly immune to the various forms of insect poison that were supposed to be able to suppress them. An even bigger source of aggravation must undoubtedly have been the “one star wonders” (Second Lieutenants) whose life expectancies were measured in days as opposed to years, and whose zeal was frequently matched only by their ineptitude.

Thankfully, the ordinary soldier did have a few sources of solace available to him. He could indulge his hunger in nutritious if frequently unappetizing food such as “skilly” (soup) and “slum” (beef hash) served up by the “mulligan battery” (cook wagon). To steady his nerves, he would frequently indulge in a “fag” (cigarette), and when time and circumstances permitted, he might relax with a “doss” (short nap). Once rotated out of the line, a favourite pastime might involve a visit to an “estaminet” (drinking house) where the soldier might enjoy some quality liquor and the company of a local demoiselle. Many men longed for a “blighty” (minor wound) that would be enough to get them invalided back to England, but would be unlikely to cause any lasting damage.

For anyone with an interest in the experience of Canadians in the Great War, Lingo of No Man’s Land is definitely worth a read. Unlike the “Old Contemptibles” who stopped the Kaiser’s forces dead in their tracks in 1914, the men of the Canadian Corps were not professional soldiers, but rather, an army composed largely of farmers, clerks, labourers, and tradesmen. On average, most had not attended school much beyond the sixth grade, but what they lacked in formal education, they more than made of for in terms of tenacity, fortitude, and resourcefulness. More than anything else, what sustained the Canadians through the ordeal of 1914 to 1918 was a tremendous sense of camaraderie and fighting spirit. Lorenzo Smith’s book provides a first-hand glimpse into the unique language of the trenches that was such as central and important part of that bonding.

Tom Rozman: Leadership and the execution of the plan