9143 Bruce McAlpine: Entering the Old Brigade with many great memories

This fall, 9143 Bruce McAlpine, along with the rest of the class of ’72, will be entering the Old Brigade. McAlpine began his time with the Military Colleges in 1967 at CMR, and came to RMC three years later. Graduating with a Bachelor of Engineering in Electrical Engineering, McAlpine went into the Infantry where he served with the 3R22eR (the “Van Doos”).

Of all the great memories he has of his time as a student, his favourite was coming back from Christmas vacation during his prep year. When he returned to college, he found out that his roommate had brought a pet monkey with him. They were able to keep it hidden and treated him as a squadron mascot for about a week before he was discovered during a surprise inspection. Unfortunately, the monkey was forced to leave before getting a college number. 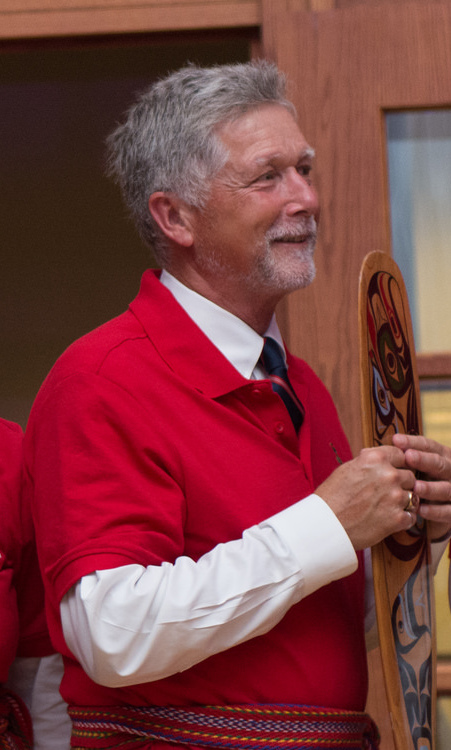 Since leaving RMC however, McAlpine has another favourite memory of the college and the foundation. Every five years since 2000, the Chasse Galerie is a big fundraiser for the foundation, which sees sixteen ex-cadets from a fifty-year time span paddling a 34-foot replica Voyageur canoe from Ottawa to Kingston in a weeklong journey. McAlpine is glad to have been able to participate in the last four trips.

“RMC gave me a whole set of foundational skills and character traits that I do not think I could have received in any other academic setting,” says McAlpine. He believes that the leadership and teamwork skills he acquired from RMC, and developed in active service, have determined his work style over the years. Most importantly, what he learned about commitment to team and cause have been invaluable to him in every aspect of his life.

Since leaving the forces, McAlpine has been in Executive Search for almost thirty years, working with corporations to build effective leadership teams. He is also the president of ACSESS (the Association of Canadian Search, Employment & Staffing Services), Vice President of the RMC Club, and he volunteers once a week as a mentor with a group of 20-30 year olds who grew up in foster or group homes through the Children’s Aid Society in Toronto.

When asked if he had any thoughts about joining the Old Brigade this fall, McAlpine said “I can still remember back in 1972, seeing the Old Brigade marching proudly to the arch, and thinking that was a lifetime away for me.  And now here it is – I can’t believe it is my turn already.  Where did the time go?”