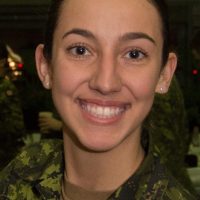 Informally, a stone frigate is a naval establishment on land. The term has its origin in Britain’s Royal Navy after its use of Diamond Rock, off Martinique, as a ‘sloop of war’ to harass the French.

The command of this first stone frigate was given to Commodore Hood’s first lieutenant, James Wilkes Maurice, who, with cannon taken off the Commodore’s ship, manned it with a crew of 120 until its capture by the French in the Battle of Diamond Rock in 1805.

However, Stone Frigate is also the name of a dormitory and classroom block of the Royal Military College of Canada in Kingston, Ontario.

A former naval storehouse it was converted to its present use in 1876 on the establishment of the College. The former warehouse was converted into a dormitory and classrooms when the Royal Military College of Canada was established in 1876, on the site of the former dockyard.

The “Old Eighteen”, the first cadets of RMC, lived in the Stone Frigate when it opened.

Renovations to the Stone Frigate began in the summer of 2003; some interior refinishing had taken place in the mid-1960s, however the overall interior condition of the building was poor. Interior stone walls were restored and cleaned and new structural supports and interior walls were constructed. Windows, doors, and mechanical and electrical services were installed and an annex extension was built.

The Department of National Defence officially re-opened the renovated Stone Frigate building in early April 2004. The Stone Frigate is on the Registry of Historic Places of Canada.

What's Happening At RMC: A lot of fun & games this time of the year