10155 Greg Mitchell (photo right) now sits comfortably in the reconfigured office of the Executive Director’s in Panet House. This past Wed, 1 March the 1974 RMC graduate completed his handover with the outgoing E.D., 13987 Bryan Bailey who held the position over the best part of four years.

Greg brings a wealth of knowledge to the position and is excited to build on the great strides achieved by the Club over recent years. 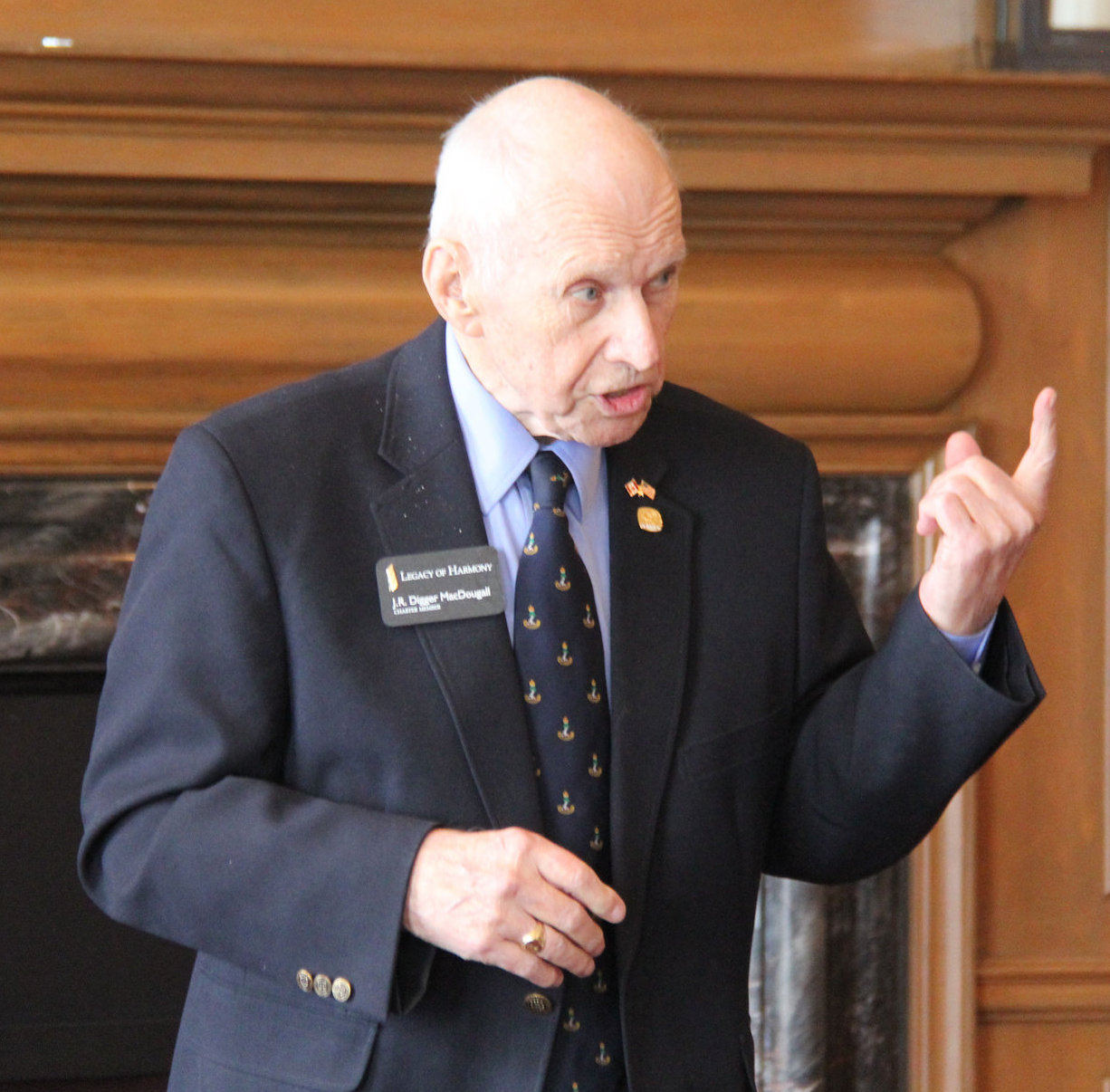 The theme of the thought provoking presentation was the five generations of the RMC Club. ‘Digger’ used some interesting guidelines to generalize the behavior of each of the generations:

The aim of the talk was to make everyone conscious of the fact that there are indeed differences – which we will not detail here.  It is his opinion that for the Club and Branches to remain relevant – leadership at the national and branch levels will have to be innovative and consider the ‘generations’ moving forward.

In the humble opinion of  WJO –

‘What you are is where you were when‘ is interesting when trying to get a read on Ex Cadets. Where and when did they enter & leave the military colleges system? Was it Roads, CMR or RMC? Or a combination of two and the rare time all three? Did they spend a ‘career’ in the military? Did they get out after serving five years or less (approx)? Were they RETP? Is the class ‘tight’ as a group?

All or some of these are often factors on how an Ex Cadet engages with the Club.

18360 Trevor Kraus - CWAdO, 1992: " It was an opportune time to learn about leadership and make mistakes before leading troops."