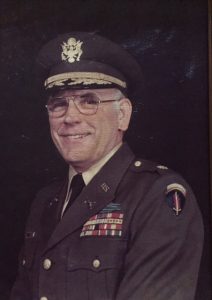 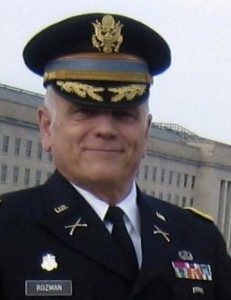 After an arduous campaign where heavy casualties were suffered, elements of a regiment were pulled out of their recovery period in New Zeeland before the regiment completed its refit.  Worn equipment and weapons in desperate need of replacement had not yet been made good. Within a short time as transport was assembled the units of the regiment found themselves speeding northward through the waters of the South Western Pacific.

On arrival at their destination they would reinforce a cordon established along a river that climbed from the sea into the high mountains over looking the coast on a large island to the north.  The cordon had been established and was being maintained by a dismounted cavalry regiment. Troops of a Japanese corps were desperately attempting to move north along the east face of the island’s north south running mountain spine to territory still controlled by their forces.

The troops along the thinly manned cordon running along the mountain river were making every effort to contain the depleted and starving elements of the Japanese corps.  These Japanese units were attempting to withdraw north as allied forces moved against the corps from the south and the jungle climate and conditions attacked it where it occupied the ground.  It was completely cut off from its own logistic support.  This situation had been going on for weeks and the corps was dying.

Allied air units were already adding to the misery.  The Japanese units were desperate and the over stretched cavalry regiment needed help and fast.  Yet, despite this desperate situation on both sides, some along the cordon were beginning in the coming weeks to allow themselves to drift into a dangerous discounting of the fighting capability of the decimated and starving Japanese units to the south.   This emerging attitude in some troops would have deadly consequences.

There were few force options available in the theater and the situation was becoming desperate.  This was the necessity that caused the sudden diversion of the regiment from its badly needed refit to reinforce the   forces maintaining the cordon.  The elements of the regiment as they were rushed north did what they could to compensate for worn equipment and weapons that had not been replaced. But worn machinegun barrels with scored lands and grooves would not be a good experience once engaged.

The vessels transporting the regiment’s elements arrived along the coast at the base that was supporting operations.  Units began moving to assigned positions.  One battalion was assigned a mission to move south of the cordon into the rugged razor back ridge terrain where the northern elements of the Japanese force lurked.

The battalion began the long trek up the mountainside along the north bank of the river to its jump off point.  The riverbed tended to be a rugged boulder strewn obstacle, a torrent in the wet season and a narrower fast flowing stream at other times with the rugged small to huge boulder strewn banks creating another sort of obstacle.

There was some sense as the battalion’s soldiers moved along the cordon that some of the cordon’s troops were, as already noted, considering the Japanese forces to the south to be so spent, weakened and depleted that they viewed them as a spent force and no longer a major threat.  There were even some signs among the cordon’s troops that they were relaxing their security.

As the battalion moved along the river to the line of departure, a development occurred.  A company that had recently been issued the new jungle hammock and that occupied a location along the upper western end of the cordon had considered their situation secure enough to allow the company’s soldiers to use the new jungle hammocks at night in the unit’s cordon position and had in the event failed to establish adequate security.  A Japanese force attacked in strength the night before and overwhelmed the company, bayoneting many soldiers in their new jungle hammocks.  The company was practically annihilated.

Elements of the battalion were temporarily diverted to secure the section of the cordon that now had no troops and assisted in evacuating the bodies of the destroyed company that had been in place in the jungle hammocks they had been bayonetted to death in.  This was a grim reminder to these soldiers of the price that could be exacted for underestimating the opponent; something the battalion had already learned the hard way several months earlier.

Aside from any exceedingly bad judgment demonstrated by the leaders of the destroyed company, the event was a sanguine reminder to the soldiers and leaders of the battalion that though weakened and demoralized, the enemy retained a will to fight and could sting with a vengeance.  The jungle and climate were debilitating enemies, as was the rugged mountainous terrain.  But with the added combative capability retained by the enemy, the men of the battalion and their leaders could not take anything for granted.  They would need to respect their opponent and act accordingly—their survival depended upon that respect.

This is a truly tragic story that remains on a reader’s mind, especially if the reader is on a trajectory to be in such a situation in the approaching future. Yes, the leader needs to retain confidence in personal ability and the capability of troops.  But, as the story sadly shows, at no time should the leader or the troops become so over confident regarding an opponent that they act with such careless disregard as was the case in the above situation that they pay for the unwarranted arrogance with their lives.

Well equipped, trained, and sustained troops have succumbed too many times in history because of excessive confidence in their superiority and situation over an opponent, an opponent only too willing to take advantage of a carelessly presented opportunity.   In this situation, an entire infantry company paid the full price with their lives for their bad judgment.

The most telling element of this tragedy is the abject failure of leaders to do their job by insuring security.  No matter the perceived condition of the enemy attempting to exfiltrate north, the known stoical qualities of the opponent, combined with his desperation to reach areas still controlled by his forces, clearly made effective security of the position, in the event, a matter of life and death for the cordon unit.  Ensuring that effective level of security was a leader’s top priority job.

The men of the battalion would not forget the sad tale of the cordon company and its newly issued jungle hammocks and what they had witnessed.  It was a brutal unforgiving reminder of what they could expect if they let their guard down as they moved south through the cordon on their new mission.

THE DEVIL’S BRIGADE MOVIE: Behind the scenes with Canadian Army Major - H.M. MacIntosh