Mixing the ‘pillars’ in a fun way

At RMC team cohesion and team building are fundamental to cadets to be successful. This mentality is ingrained into each and every cadet from day one at RMC during FYOP.

Team building can happen in a multitude of ways throughout the four years (or more) at the college, but one that the majority of cadets participate in are sports, either varsity sports, competitive clubs, or intramurals (IMs).No matter the sport, the cadets work together to achieve a common goal.

During the summer, there are a group of cadets who are still at RMC working on their bilingualism pillar, one of the four pillars of RMC. During the day the cadets are in class learning grammar, reading comprehension, vocabulary and oral skills.

Another pillar, one all too familiar to the cadets of RMC, is the physical fitness pillar.  This summer, cadets get together to continue the habit of playing sports, such as soccer, ultimate Frisbee, or flag football.

Sports such as these are great for team cohesion as it requires a lot of communication between the cadets.

Some of the French classes combine the two pillars, and the cadets play volleyball “en francais” with their class. This requires the cadets to practice their French speaking skills while being physically fit. The cadets have to think quickly of how to communicate in French while working together, a winning combination for the RMC cadets.

Cadets also have mandated self-directed PT, in addition to the mandatory group PT twice a week. During the self-directed PT some cadets go workout, others go for runs, but many cadets, as is the culture, get together to play sports. The competitive nature combined with the desire to work as a team leads to quick paced games, lots of running and lots of fun.

All in all, the summer at RMC is a great time for cadets to work on a multitude of pillars, but also to continue working on building long lasting relations with other cadets that they will continue long past graduation. 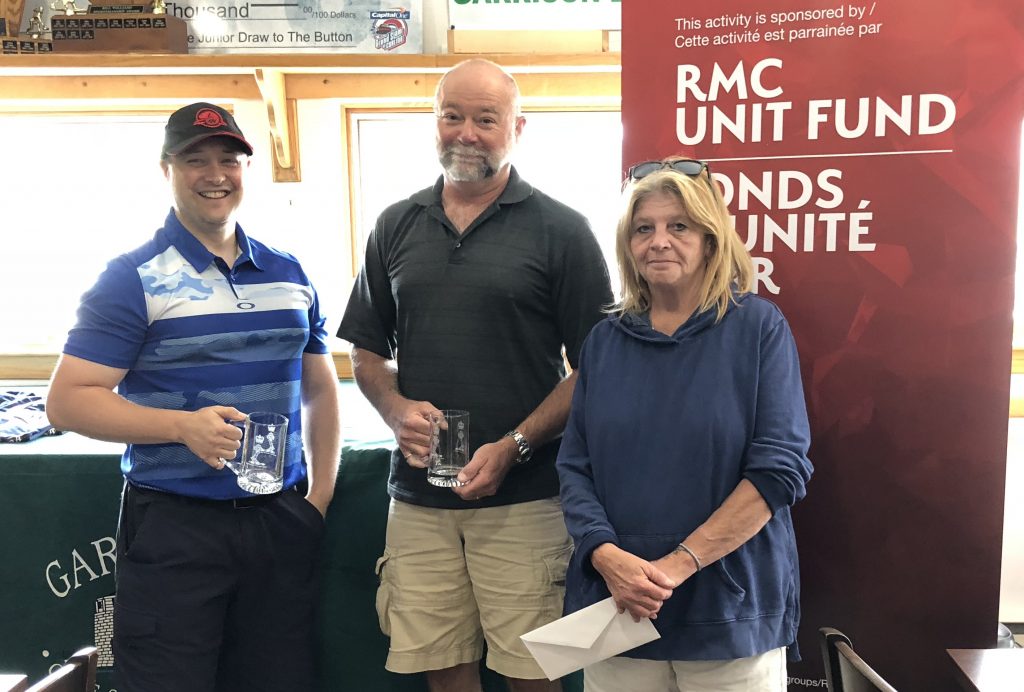 This past Wednesday, June 20th, members of RMC gathered at the Garrison Golf and Curling Club to participate in the 1st annual RMC Golf Tournament.  As this was the first annual the decision was made to keep the tournament to 9 holes to enable us to have a shotgun start (everyone starts at the same time).  32 members of RMC teed off at 0800 on the Front Nine of the Garrison Golf course.  The course was in perfect shape and we couldn’t have asked for better weather for our day.

The four person scramble tournament format allowed many teams to be close to par, if not below.  In a scramble tournament each person hits their own tee shot.  Members of the team then decide which tee shot they want to use and the players who shots were not selected pick up their ball and move to the location of the ball that was selected.  This continues until the hole is finished.

After about two hours it was clear who our inaugural winners were going to be this year.  The team of Capt Eric Robison, Capt Richard Rheaume, LCdr Harold Card and Mario Boulianne (insert photo) took home first place with a score of -3.  As with most golf tournaments there was also a closest to the pin and longest drive competitions throughout the round of golf.  Kela Weber took home honours of longest drive with a booming drive from the 9th hole, while Sue VanRavenstein hit a gorgeous drive on 2nd hole to win for the women.  The 129 yard (103 for the ladies), par 3, 7th hole was chosen to challenge the golfers for closest to the pin.  Unfortunately none of the ladies were able to get their ball to stay on the green to win the prize, however the men had a very competitive challenge.  It started with Capt Robinson hitting his tee shot to within about 20 feet of the hole to set the bar high.  This was slightly outdone by Michael Hulley who knocked his tee shot to within about 10 feet of the hole.  Capt Chad Monaghan was the last golfer to challenge Michael and ended up about 15 feet from the hole giving the victory, and bragging rights, to Michael Hulley.

After the round concluded most of the golfers went to the Garrison Pub for a bit to eat and small award ceremony.  The Unit Fund would like to thank all golfers for their participation and remind everyone to look for an even bigger and better tournament in 2019.  For pictures of the events please visit the Unit Fund Facebook page at https://www.facebook.com/groups/RMCUnitFund/ and for a sharable small video montage please visit the PSP SharePoint site https://dept.rmc.ca/sites/PSS/SitePages/Home.aspx.

Barbershop trio a big part of the college fabric

A little 'nice to know' background on the Stone Frigate