Where are they now? Article coordinated by E3161 Victoria Edwards 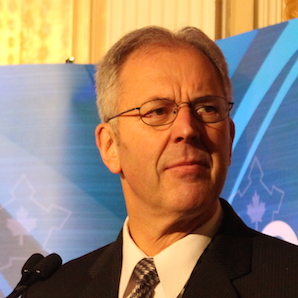 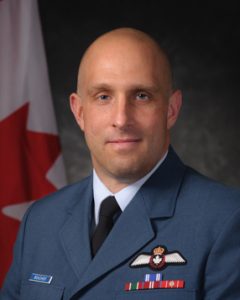 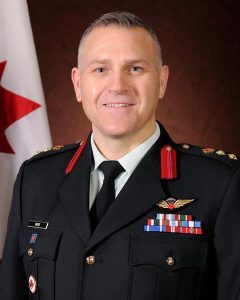 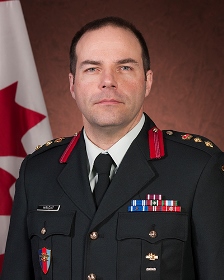 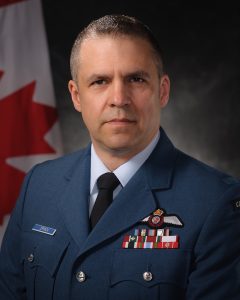 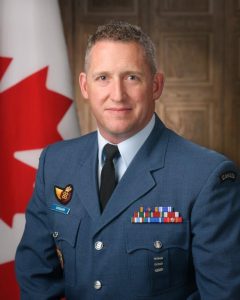 G5873 Colonel Darwin J. Ziprick became Canada’s Defence Advisor in Pretoria, South Africa in August of 2016. He holds a Master of Defence Studies from the Royal Military College of Canada.

19431 Colonel Michael C. Wright MMV, MSM, CD (RMC 1994) was awarded the Medal of Military Valour and the Meritorious Service Medal following his tour as Officer Commanding A Company serving with the 1 RCR Battle Group in Kandahar Province in 2006-07. He was the Land Component Command G3 in Whistler for the 2010 Winter Olympic Games. He became the J3 of CJOC in July 2014. He holds an Honours Degree in History and Political Science and a Masters of Defence Studies from RMC.

16509 Colonel Walter A. Wood CD (RMC 1988) is currently assigned to the NATO Defense College in Rome, Italy. He graduated from RMC Kingston with a BEng (Electrical) in 1988. As a major he completed a master’s degree in engineering management and then served in a number of technical management positions within DLCSPM and served as the Cdn Task Force G6 in Bosnia.

20546 Col Jeannot E.S. Boucher OMM, MSM, CD (RRMC RMCC 1997) took over as the 1 Wing Commander in Jul 16. He played varsity hockey for RMC with the Paladins (then Redmen).  He has a bachelor degree in Politics and Economics and a Masters in Warfare Studies, both from RMCC. His areas of research interest are Civil-military relations: Pakistan, Egypt, Iran. Promoted to the rank of Lieutenant-Colonel in 2010, he furthered his education at the United States Air Force Air Command and Staff College in Alabama. He remained there for an additional two years on faculty as a member of the Department of International Security Studies and obtained a Masters in operational Art and Science and completed the Air War College Programme. He obtained his pilot wings in 1998 and has accumulated over 2900 flying hours in his career.

20591 Lieutenant-Colonel Luc Girouard OMM, MSM, CD (CMR RMC 1997) is a recipient of the Romanian Air Force Emblem of Honor. In 2014, he was deployed to Romania in support of NATO Reassurance measures as the Deputy Air Task Force Commander. He was appointed as an Officer of the Order of Military Merit in 2012. Most recently, in 2016, he was awarded the Meritorious Service Medal. He has a Bachelor’s degree in Business Administration and a Masters Degree in Defense Studies from the Royal Military College of Canada. He also played varsity hockey with the Redmen

He is the proud father of two spark-plugs, Matis Noah and Sacha Eddy who take immense pleasure in racing him down the dirt bike trails and the ski hills. He is currently proudly serving as the Deputy Commander of the Canadian Forces Joint Operational Support Group an agile and highly ready joint support Formation.

M050 Colonel (Ret’d) Tony Battista (CMR 1980) is Chief Executive Officer of the CDA Institute. He served in the Canadian Armed Forces (CAF) for 40 years, initially as an enlisted rank and retired as a colonel. Among his varied national command and staff appointments, he served as Personal Assistant to the Chief of Defence Staff, Commandant of the School of Intelligence and Security in Borden Ontario, the Military Police Academy and the School of Military Intelligence. He was RCAF Provost Marshal and Deputy Commander of the Experimentation Centre in Ottawa, and Chief of Staff at the Canadian Defence Academy. His international appointments include postings to Lahr, Germany, United States Joint Forces Command, and Deputy National Liaison Representative to NATO’s Allied Command Transformation. He served 4 tours as Canadian Defence Attaché to 10 countries (Germany, Austria, Switzerland, Afghanistan, Italy, Greece, Albania, Croatia, Slovenia, and Malta). Tony holds a BA from RMC St. Jean, a MA in War Studies from RMC Kingston, and was an Associate Professor at RRMC Victoria. In 2014, he assumed the civilian position of Executive Director of the Conference of Defence Associations (CDA) and the CDA Institute, and was appointed Chief Executive Officer of these 2 organizations in February 2016. He is fluent in English, French, Italian, and German (working knowledge).